The Greater Swiss Mountain Dog can have other base colors besides black.  However, they cannot be shown in AKC conformation shows. They can be shown in obedience and any of the GSMDCA performance events. The color does not seem to have any correlation to health or longevity. It should be noted that no matter what color or markings your Swissy has, he/she will have the same great personality as any other puppy in the litter.

Blue: Often seen as a lighter, dusty looking grayish black. As a young puppy the color is a silvery gray. It does darken with age. The blue color still retains the white and red markings. Some blues have blue eye color while others have the standard brown eye color. 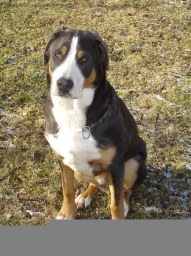 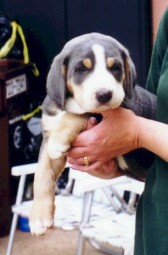 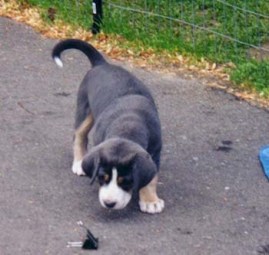 Red: The red color, is seen as the main base color. The dog retains the white markings, but does not have a tri-color appearance. The red color gene is thought to be a recessive gene going back to the Greater Swiss Mountain dog’s relationship to the Saint Bernard.  Some breeders feel there is a red (mahogany) and a recessive red (fawn) color as there appears to be a variation in the shades of red seen in the breed. 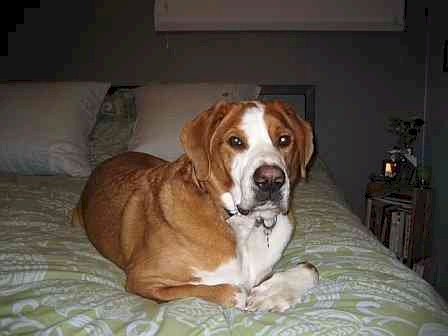 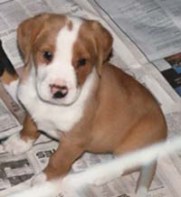 Greater Swiss Mountain Dogs that are not properly marked or have the wrong base color should not be bred, but they still make great pets and can be shown in obedience.

A blue eye is more likely to appear in a Swissy that has more white on his/her head, but occasionally a blue eye will appear on a perfectly marked Swissy A blue eye is a disqualification in the show ring, therefore a blue eyed Swissy should not be bred, however they make perfectly good pet companions. 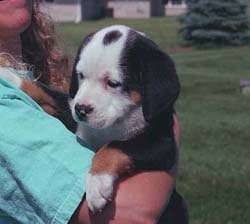 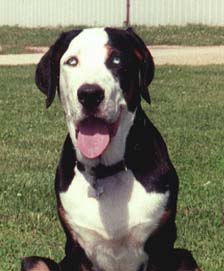 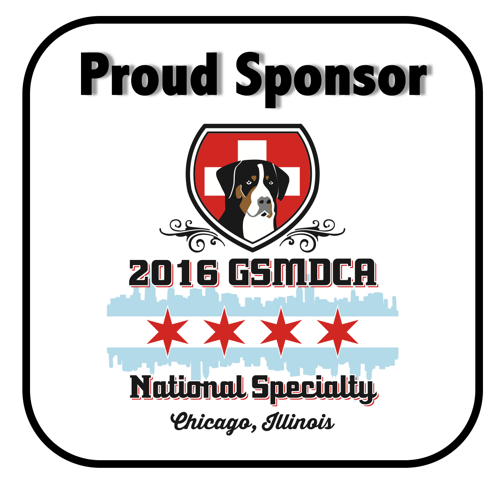